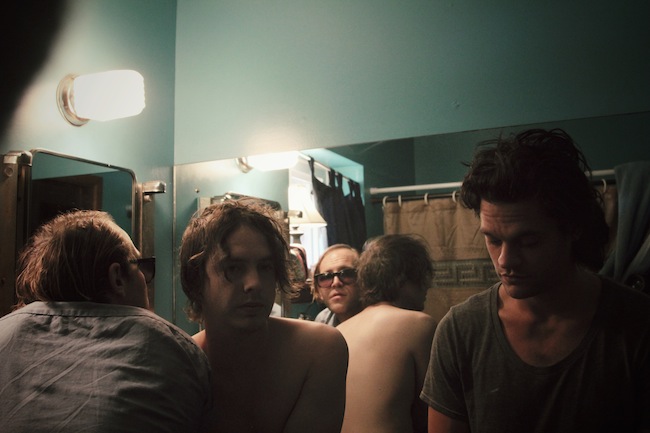 Our favorite garage punk band from Tulsa and Norman, Oklahoma is back with their new album Just Enough Hip To Be Woman on September 16th.  In what would be considered their sophomore album, BRONCHO are seemingly keeping it upbeat and fun once again.  We loved their original album (released way back in 2011) Can’t Get Past The Lips, and we got behind the guys even more after spending some time with them in LA.  While they haven’t been releasing album after album over the past few years, they definitely have been hitting the road hard.  These guys are in LA at least once or twice a year, and their lives shows are high energy fun.  In fact, playing live is the reason why lead singer Ryan Lindsey does this whole band thing:

“Playing live is the entire reason you start a band,” says Lindsey, “We always want to change things and keeps things new — and I’m really proud of how this record came out and the ways we were able to push things forward — but playing live is always the test. We want people to hear us. We want everyone to have a good time.”

Today we got the first single from Just Enough Hip To Be Woman.  It’s fun, it’s bouncy, it’s BRONCHO.  Check out “Class Historian” below.  It’s one of those songs of the summer if you are into garage punk and drive a 70s Cadillac- not because you want to, because you have to. 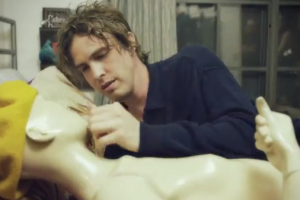 BRONCHO sure know how to tour.  They are coming back[...] 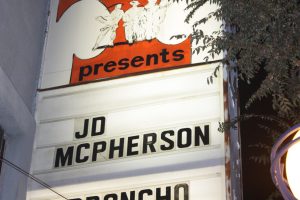 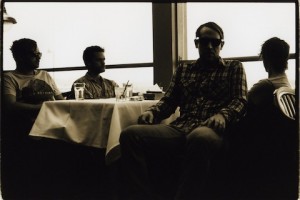