Bonnaroo set to outdo and out-California the mighty Coachella

Though they may not want to come out and say it, it is a competition.  There are a ton of music festivals in the United States that take place throughout the year, from the New Orleans Jazz Fest to Ultra Music Festival and the ever growing Outside Lands, that can all take claim to being some of the best in the States.  But the claim to lineup supremacy comes down to the three heavyweight indie festivals everyone knows by name- Coachella, Bonnaroo and Lollapalooza.  With the Chicago-based Lollapalooza set to release their lineup on Wednesday and Coachella Weekend 1 to start this Friday, it’s safe to say Coachella’s lineup won’t be the victor this year.  Bonnaroo does everything Coachella should have done this year from a headliner perspective, and rounds it out with a lineup just as deep.

I touched on the hype surrounding Coachella from a Los Angeles and local perspective a few months ago.  Of course I got a lot of shit for that article.  I get it, everyone gets it.  Coachella is about the experience bro- the trip, the parties, the sights, and oh ya, the sounds.  Yes, Goldenvoice is claiming victory and raking in the cash with two sold-out weekends, but even that was more about the hype than actual demand.  Go on Craigslist, and you’ll easily find tickets for both weekends at below face-value.  If the secondary market value is less than the ticket value, you know demand is far less than supply.  Maybe more people are going for the party this year and are content to stay in their tents, hotels, or rented apartments and houses, compared to purchasing a $350 ticket to a decent music festival.  $350 goes along way in the desert my friends.  Maybe people expected additional acts to be announced, but unfortunately there haven’t been any additions announced that would even warrant an article here.  Or maybe it’s that for the price of FREE you can check out more indie bands that actually matter in the local music scene right next door to Coachella.  Not only did Coachella get out-Indied this year, but they also conceded two of California’s most iconic bands to their competition in Tennessee. 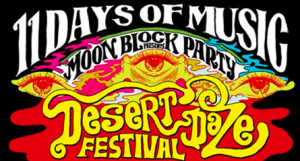 For a true taste of Los Angeles' best indie bands, Desert Daze has you covered for free.

Bonnaroo pulled off a surprising steal when they booked The Red Hot Chili Peppers for their 2012 lineup as a headliner.  Following their latest release last summer, The Chili Peppers are once again one of the biggest bands in the world.  A string of small club shows in LA and two upcoming sold-out Staples center shows exemplifies the fact that no matter where they go, their home is in Los Angeles.  Regardless of how you feel about the band, they are undeniably California and undeniably world headlining material.  They are who should be playing after The Black Keys on Friday at Coachella. 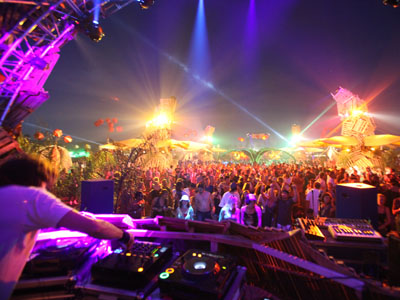 Coachella's DJ lineup is superior to Bonnaroo's, but Lollapalooza aims to take that crown when they announce their lineup on Wednesday.

While The Chili Peppers steal was a big one, Coachella completely struck out when they missed (for their sake, I am assuming Goldenvoice at least tried) on The Beach Boys.  A 50 year reunion for the band that put California on the map as a musically unique location with its own musical culture and style seems like a slam dunk for Coachella.  Yes, more people who go to Coachella probably care about David Guetta, but that doesn’t mean it’s still a hugely missed opportunity to miss out on The Beach Boys for the Indio festival.  By paying homage to their California roots at California’s largest and most iconic music festival, The Beach Boys would have been that single act that makes a festival unique and special when most of the time the headliners between the three are half the same.  If you thought your only chance to see Radiohead and Bon Iver at a festival was going to be at Coachella, you were wrong- Bonarroo has them both booked too.   Now maybe it was a schedule conflict with The Beach Boys, but you have to think that Goldenvoice would have enough pull to make sure the Coachella dates were high in the minds of the band and their management.  It’s pretty amazing that a music promoter couldn’t get The Beach Boys, but management at the Dodgers could. 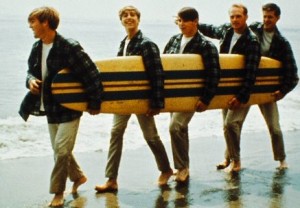 The Beach Boys are bringing their classic sounds of the California and West Coast beach culture to... Tennessee.

Coachella does have some aspects of the lineup to be proud in.  The Refused and At The Drive-In reunions are unique (for now) to Coachella, even if they are basically cash grabs.  Dr. Dre and Snoop at Coachella or Black Star (Mos Def & Talib Kweli) at Bonnaroo is a personal preference toss up.  Coachella does have the superior DJ lineup without a doubt, but Perry Farrell is aiming to make this year’s Lollapalooza the most danceable yet according to quotes over the past year.  The Coahella lineup is deep, there’s no doubt about that, but there’s a more diverse depth in the Bonnaroo lineup (when did Puscifer sneak in there?) when compared to Coachella.  Keep in mind when looking at both lineups that Bonnaroo still has room to grow as they have more bands yet to be announced.

Now the die-hard Coachelleans will come out and say I’m just bitching, or it’s the experience that matters, or that they LOVE this year’s lineup and it’s their favorite yet (I don’t believe you), or that the electronic dance music at Coachella is better than Bonnaroo’s.  All of those may be true, but it’s also true the Bonnaroo is set to unleash a deeper and more star-studded lineup that includes California’s most iconic rock and roll bands.  Something about that just doesn’t seem right. 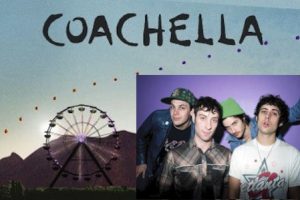 In the latest installment of our “Coachella Primer” series we[...] 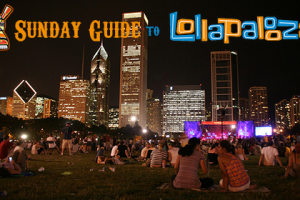 The last day of a three day music festival is[...] 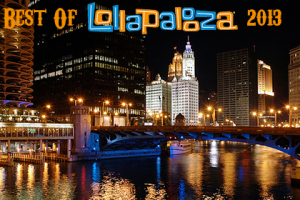 Even though the bands stopped playing at 10 PM every[...]