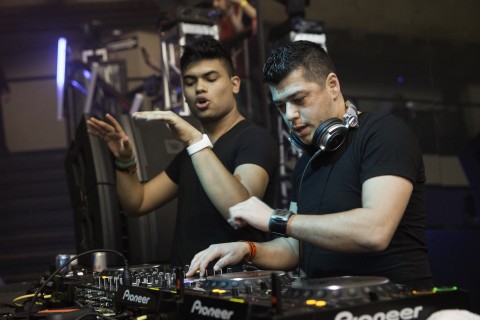 A few weeks ago we had the chance to sit down with some of the most humble, yet also ridiculously crowd-destroying trance artists on this planet.  Mr. Pit, KhoMha and Grube & Hovsepian have come together to form the Schulz Music Group led by international DJ star Markus Schulz.  The four of them also make up the most productive unit of Coldharbour Recordings from the Armada label.  Watch our video interview with the stars of the Schulz Music Group, before and after they took the stage at Coldharbour Night on December 14th, 2012 at Exchange LA. END_OF_DOCUMENT_TOKEN_TO_BE_REPLACED 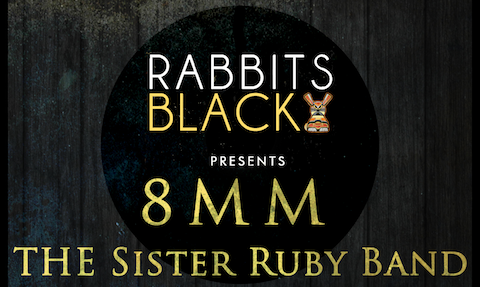 Rabbits Black is proud to announce our latest concert event to be held on January 26th at the Dakota Lounge in Santa Monica.  We’ve brought together two of LA’s most respected bands for a special performance on the Westside.  8MM, featuring Juliette and Gary Beavan, will be headlining a unique evening performance with The Sister Ruby Band also performing.  This show is limited to the first 150 fans, and entry is free with RSVP.  Proceeds from this event will benefit PATH (People Assisting The Homeless).  Don’t miss this unique concert experience from 8MM, The Sister Ruby Band and Rabbits Black.  UPDATE: We just added Standing Shadows to the bill!  They’ll be your late night dance party DJs. END_OF_DOCUMENT_TOKEN_TO_BE_REPLACED 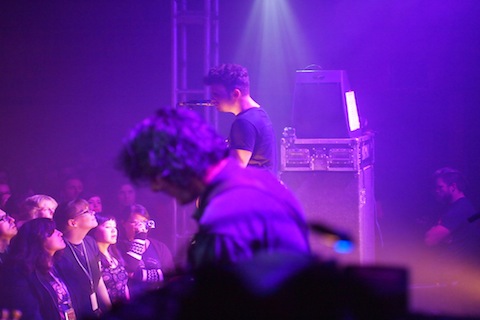 When Black Rebel Motorcycle Club announced their four show mini West Coast tour to close out the year, fans knew that new music from their upcoming Spring release would be played.  But no one would have guessed that it would be this good from the start!  Yes, the band seemed to be finding their groove at times, but that sense of urgency and pure rock n’ roll bliss was as strong as ever.  BRMC tours more than almost any other band, and because of that even warm-up shows have more vivacity than most bands can muster up for a close of tour set. END_OF_DOCUMENT_TOKEN_TO_BE_REPLACED 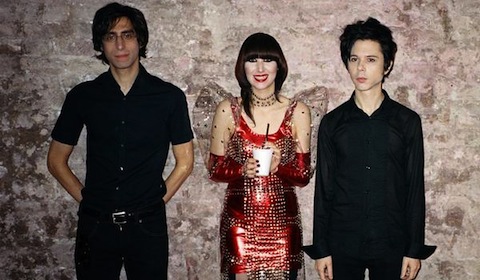 Whoa.  Hey there awesome show all the way in Pomona!  The Yeah Yeah Yeahs will be playing a super small show for their level of stardom at the Glass House in Pomona on January 11, 2013.  The band recently announced that their new album will be released in the Spring of 2013.  The band played a small comeback show in New York to a crowd of 70 people a few weeks ago as a Hurricane Sandy benefit.  The Glass House holds only 800 people at capacity, so we should feel pretty damn lucky about this one!  Ticket info after the jump. END_OF_DOCUMENT_TOKEN_TO_BE_REPLACED 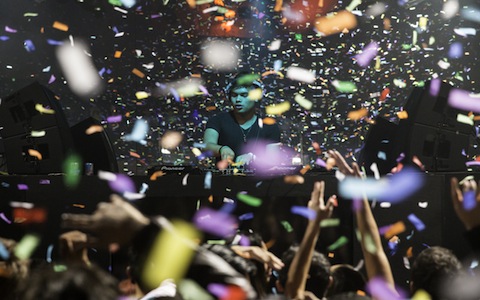 There was a special feeling in the air on Friday night in downtown Los Angeles.  Electronic Dance Music parties can bring about an interesting mix of people.  Sometimes fans are there for the big names- the mega DJs who have transcended their genre and entered the world of universal stardom.  A whole other group of clubbers would be there regardless of who is playing.  They are there for the scene, looking for the right tempo and beats per minute that defines their idea of a weekend party.  But last Friday had a much different feel.  There was a solidarity within the crowd, a reason to be there on a rainy LA night that bonded every clubber and fan.  This feeling was facilitated by the four men who took the decks, not as individuals looking to increase their singular popularity, but instead a cohesive group of artists with the one goal of making this night as special as can be for the fans in attendance.  This was Coldharbour Night with the artists of the Schulz Music Group. END_OF_DOCUMENT_TOKEN_TO_BE_REPLACED 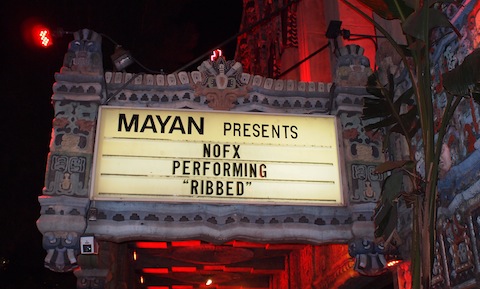 NOFX treated fans to a special live performance last night of their 1991 release Ribbed.  The band played the 14 song album from front to back, after leading with some live show staples and classics.  Since we are talking about NOFX classic, would anyone argue against “Eat The Meek” being one of the best moments of every NOFX show?  I doubt it.  A few songs into the set, Fat Mike joked that if you didn’t like the album Ribbed, you were going to be “pissed off for the next 30 minutes”.  There wasn’t a single pissed off fan in the building last night.  Photos and recap of a special night for NOFX fans at the Mayan in Los Angeles. END_OF_DOCUMENT_TOKEN_TO_BE_REPLACED 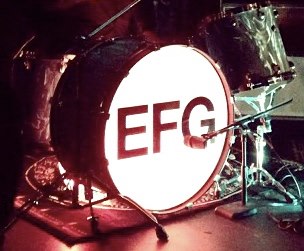 If you read these pages often, you know who Electric Flower is.  The LA based band broke into the scene last year with the release of their first EP and a handful of eardrum bursting live shows.  The creative force of Imaad Wasif and Josh Garza have been sonically wrecking soundboards and small clubs across Los Angeles.  Last night, they took on a bigger stage opening for Paul Banks of Interpol at the Fonda.  They played only four songs, but it felt like a complete musical exploration unlike anything else that night.  Electric Flower Group (EFG) was captivating and fierce, and by adding a new bassist to their lineup, their sound is more dynamic than ever.  We have the setlist from last night’s show and the latest on EFG. END_OF_DOCUMENT_TOKEN_TO_BE_REPLACED

Bands sure are getting cocky these days with 2013 dates.  I guess no one in the music biz thinks the world is going to end in a few weeks.  We’ll make you aware of these shows anyways, just in case.  Every Time I Die are coming back to California in 2013- on tour this time with The Acacia Strain.  It’s nice to have the band headlining this time around, and it should set up a properly festive experience.  While the shows are going to be pretty cool, I’m not sure anything can beat the awesome Christmas sweaters that ETID are releasing tomorrow and for only 48 hours.  Seriously, check these out with ticket info as well. END_OF_DOCUMENT_TOKEN_TO_BE_REPLACED