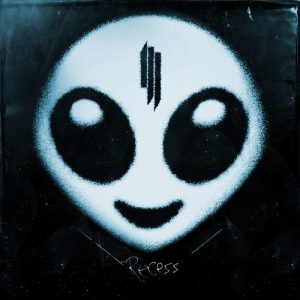 After spending the last two years pursuing side projects, touring in relentless fashion (including a 7-night stint in San Francisco), and dropping the occasional remix, but for the most part flying under the radar and leaving a noticeable rift in the EDM space/time continuum, Skrillex has burst back from the oblivion by releasing (with almost no warning) his first full-scale album since Bangarang.  And his new EP, whimsically titled Recess, is not what you might expect from the godfather of American-styled dubstep, or as some have dubiously labeled it, “brostep”—a term which Skrillex seems to have adopted as a term of endearment, considering the title of the EP’s first track, “All Is Fair In Love And Brostep.”

The media frenzy following the release of Recess, which included a cover appearance on this month’s issue of Rolling Stone, has seemingly reignited the debate regarding whether Skrillex can and should be known as a true “dubstep” producer, or rather someone who has merely dumbed down, or worse, bastardized the original far more subtle and nuanced version of the genre, which has its roots in the UK.  In response to this tired assertion, Skrillex’s has consistently stated that his only goal is to create music that he personally would enjoy listening and dancing to, and it doesn’t really matter to him what people call it, or for that matter, if they even like it.

Now it appears that Skrillex has taken the additional step of putting his money where his mouth is, and what could be interpreted as a giant metaphorical middle finger to the haters, included just one track on Recess that could even arguably be considered dubstep—at least when compared to his past work.  That track would be the first single released in advance of the album, “Try It Out (Neon Mix)” (feat. Alvin Risk).

While this sudden departure from his bread-and-butter might dismay some of his fan base, what it should reveal is that Skrill’s ethos—to make original electronic music regardless of anybody’s attempt to typecast him—is honestly held.  And it also demonstrates that no matter the haircut and oversized hipster sunglasses, Sonny Moore, the face behind Skrillex, is not just a pop culture caricature, but rather an evolving musical force majeure.

Recess is, without a doubt, the most ambitious and experimental release by Skrillex to date.  In fact, the EP’s only recurring theme is the undeniable reggae-styling heard throughout, which is developed most noticeably in not one, but two separate songs featuring the Ragga Twins.  The second of these, titled somewhat straight-forwardly as “Ragga Bomb,” is easily the filthiest tune of the entire EP, utilizing a saw bass that is distorted and down-sampled to absolutely demented proportions.

Perhaps in this respect, his 2012 solo release “Make It Bun Dem”—featuring none other than Damian Marley—was a preview of what was to come.  However, on the whole, the album’s vibe could not have been predicted, as it dabbles in several different electronic musical forms, from the somewhat esoteric (dare I say techno?) feel of “Fire Away” to the sonic, yet quirky “Ease My Mind,” which includes synth flares that can only be described as quintessentially Eastern-European.

However, if there is one small and admittedly fleeting shortcoming to Recess, it would be that given the number of intimations dropped on Skrillex’s various social media accounts, many believed Recess would include several anxiously anticipated collaborations: one with Ellie Goulding, one with Feed Me, and another with Zedd.  However, none of these made the final cut.  While speculations abound for the reasons behind these conspicuous omissions (one can surmise that he simply hasn’t yet finished producing them), we are left with one simple logical truth: all three must be forthcoming, a fact more or less confirmed by Skrillex by his assertion that 2014 will include a ton of fresh material.

On that note, we must remember that patience is a virtue.  In the meantime, make sure to check out Recess in full below: