Mastodon’s 5th album The Hunter is a metal album for the people. It is easily the band’s most accessible collection to date and is once again a testament to the talent and unpredictability of the Atlanta based quartet. After three consecutive concept albums (Leviathan, Blood Mountain, and Crack the Skye) Mastodon returns with an eclectic collection of clean vocals, growls, and … of course… one amazing metal riff after another. The Hunter takes on a personality all its own and has something for everyone.

Mastodon continues to push limits and reshape musical boundaries. Despite their metal roots the band brought in producer Mike Elizondo for The Hunter. Elizondo is best known for his work with hip-hop artists like 50 Cent, Eminem, and Jay-Z as well as other notably non-metal artists such as Alanis Morissette, Nelly Furtado, and Fiona Apple. His only experience producing a metal album came with Avenged Sevenfold’s 2010 Nightmare. Elizondo’s unexpected addition seems to be paying dividends and the album’s accessibility is evidence of his influence. The band’s lineup of Brent Hinds (guitarist/vocalist), Brann Dailor (drummer/vocalist), Troy Sanders (bassist/vocalist) and Bill Kelliher (guitarist) refuse to be classified or constrained by any labels or genres and, with Elizondo at the helm, The Hunter is a diverse masterpiece.

Most songs have both a sugary or melancholy chorus that tells a story propelled by a mesmerizing array of spiraling guitar riffs and Brann Dailor’s heavy drum breakdowns. The album is driven by several airwave ready singles like the hard hitting “Curl of Burl” which is about meth heads in the woods of West Virginia who look for certain types of knots in a tree (‘curl of the burl’) that they would cut out and sell to furniture makers so they can buy more meth. Believe me, I had to check.

“Blasteroid” is the high energy, growling, riff-central bloodbath for more traditional sludge metal fans. Named after the video game, its sweet melody is mixed in with hostile lyrics like “I wanna break some fucking glass, I wanna drink some fucking blood!”

“Stargasm” is an interstellar ride about having sex in space or at least having sex so intense it feels like you’re in outer space! You’re on fire.

“The Hunter” and “The Sparrow” are beautiful 5 minute laments about death and sorrow but also about inspiring the living. The album is dedicated to Hinds’ brother, an avid hunter, who died of a heart attack while on a hunting trip in December 2010, and these two melancholy tracks in particular convey the sorrow of that loss. “Pursue happiness with Diligence.”

Most of the material for The Hunter was written on the road while touring with Alice in Chains and recorded at Doppler Studios in Atlanta, Georgia. Also, for the first time, drummer Brann Dailor takes over lead vocals on more than two songs which should add something new to their live shows! He also both composed and sang the entirety of “Creature Lives.”

On the band’s website Brann sums up the album: “There’s a lot going on, a little something for everybody, so to speak. And a couple things for nobody!”

Also, check them out on their fall tour with Dillinger Escape Plan.

~ For people that don’t like metal, or may be scared off by a growl, you’ll still probably love this album. Mastodon once again redefines musical boundaries, and this time everyone should know about it! 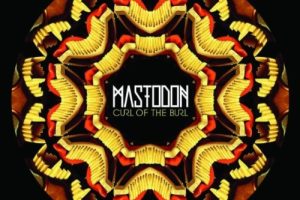 One thing we love at Rabbits Black, is when the[...] 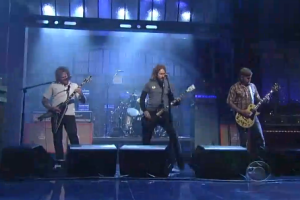 Last time we saw Letterman, he was asking Chris Cornell[...] 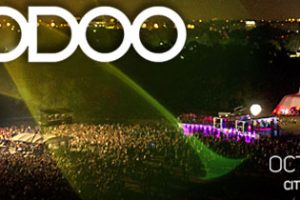