“I want to be dead with my friends, I want to be dead with my friends!”  Welcome to the new Every Time I Die album!  Did I startle you?  Did we get started a little too fast there?  Good.  Ex Lives is as brutal as ever for the Buffalo hardcore band, but it’s also their most poignant album yet lyrically.  Strap in, because this ride has twists and turns around every corner and enough surprises to divert your attention, but the band never takes its foot off the throttle to allow you to settle in.  It’s the perfect mix of heavy riffs and stinging vocals in a world that never let’s you get too comfortable.

Here is your warning- Ex Lives grabs you by the throat and demands your attention in a way Every Time I Die albums have never succeeded before.  The band has always been considered something different and unique in the hardcore scene.  Much of that has been attributed to the unique vocal style of lead singer Keith Buckley.  Brash and dangerous vocals, but clean and audible at every moment.  Layer this over some of the most consistent guitar work in the genre from stalwarts Andy Williams and Jordan Buckley, and you got a recipe for something devilishly delicious.  This recipe for chaos has always stood out above the rest, but on Ex Lives its time to recognize them as one of the best.

“Underwater Bimbos from Outer Space” kicks things off in classic Every Time I Die (ETID) fashion.  It’s almost impossible to explain in words how Buckley screaming “I want to be dead with my friends!” and “Loved ones decomposed, you’ll dance around their bones” actually makes you want to dance!  Just try to keep your feet on the floor in the same place by the time you get to the 1:00 mark of the song.  Things don’t let up at all for the next four minutes on “Holy Book of Dilemma” and “A Wild, Shameless Plain”.  The breakdowns are there all over the place with Pominville-power from Jordan and Andy, with Ryan Leger keeping everything in cohesion on drums.  A quick suggestion to the band- can we get these two songs in a video?  Something of low production quality, in an all steel kitchen, with knives swaying back and forth.  Make it dangerous!

The band has left room for experimentation on Ex Lives.  “Typical Miracle” contains one of the most massive breakdowns on the album, but it also has a very southern desperado feel to it.  The riffs run that southern twang back and forth, creating a scene of desert desperation in a small town with no name.  Buckley portrays a hectic bar scene and internal battle with the devil and his gifts of drink and drugs.  These are the moments where you really start to appreciate Ex Lives.  Songs that make you pull one way, only to be reminded every minute or so this is definitely an Every Time I Die record.  Keith continues to come up with the clever catchphrases for desperation, partying too hard, and kicking ass or getting your ass kicked- “I need a new rock bottom!” he belts in a Whiskey-haze on the track.  There’s even a banjo on “Partying Is Such Sweet Sorrow”- a moment that makes you hit rewind just to make sure you heard right.  Long time fans are used to hardcore party anthems such as “The New Black” and “We’rewolf”.  These tracks were sing-a-long quality with fast paced guitar, but they were done with a smirk and smile on Buckley’s face in their portrayal.  That one track that you could always point to as the Solo-cup anthem is not as easy to identify here.  “Partying Is Such Sweet Sorrow” is just as enthralling as the previously mentioned anthems, but the tone is much more serious and dangerous here on Ex Lives.  Buckley’s vocals and lyrics express this across the album, as he laments on past experiences and strips the facade of beauty on many of life’s realities.

The standout tracks on this album do something completely different than any other songs from the band in their over 10 year career.  “Revival Mode” could be a single from your favorite 90s alt rock band.  Clean vocals, guitars in line, melody in form- it all stays together for a song that could have been on MTV when they used to actually play music.  Of course, Keith snaps the sulfur-stick under your nose about half way through.  Take a few listens to this track, and your appreciation only continues to grow.  Following this stellar moment, “Drag King” keeps the momentum flowing with another mix of sound you will go back to over and over again.

It’s good news when every song on the record refuses to be skipped.  “Indian Giver” is a beautiful exploration of distorted vocals and echoing guitars that will remind you of the best days from The Deftones.  There is so much here on Ex Lives that breaks the mold for Every Time I Die.  For a band that has always been something unique in their genre, it’s a compliment of the highest order to feel they have broken the standard that they set.  Buckley proclaims on “Drag King” that “I have declared a war on the silence before the storm!“.  There’s no more silence, Every Time I Die have declared themselves the kings of progressive hardcore on Ex Lives.

~ Masterful control of the chaotic and visceral- Ex Lives is a winner on all levels.  An album that screams to be one of the best of its genre and beyond in 2012.

Tags: every time i dieex-lives 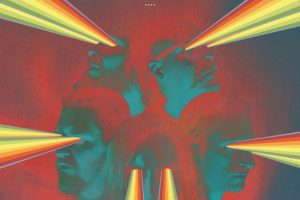 The last time Buffalo hardcore rockers Every Time I Die[...] 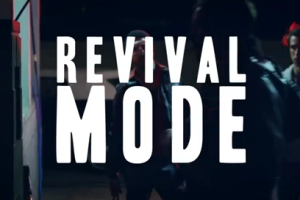 “Revival Mode” is one of those stand-out and unique tracks[...] 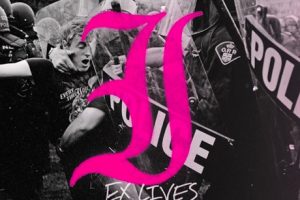