One thing you can’t accuse Dusty Leigh of is trying to be something he’s not.. After listening to just the first four tracks from his CD No Day Job, you can tell he’s not one to be pigeonholed as a rapper. He showcases his talent on every song. You can’t call him a rapper, call him a musician!

Coming out of Louisville Kentucky, I was pleasantly surprised when I popped the CD into my computer. The title track speaks to his rise to where he is in this stage of his career. He puts you in his shoes and gives you perspective of what he’s been through/going through. “Fantasy Island” reminds me of a spring break party song meant to be enjoyed with women, water, weed and the shining sun! It’s definitely something laid back and out of the box. 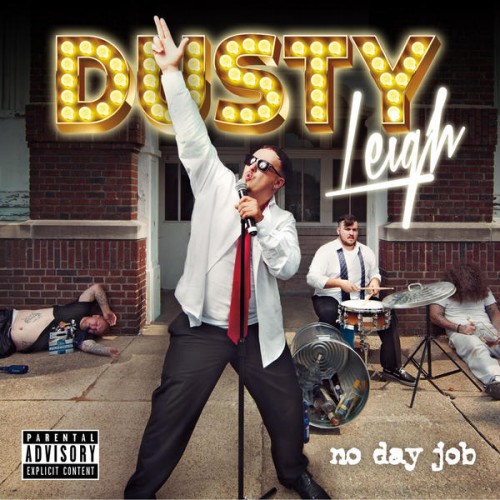 “Shoot Em Down” caught my ear right away. With its nod to police brutality and recent unjust killings, regardless of color, it makes you think and has a dope bounce and beat. He flows over the track like water with his on-point delivery, the chorus and bass line feels like you’re being taken to church and involved in the choir! (I’m feeling that). My second favorite track is by far “AM TO PM”!

“I’m drinking, getting fucked up, I gotta work tomorrow, but I’ll make it!”

What a line! Here’s the thing, I’m not gonna review this whole album for you, go out and buy it if you think you will like it! The shit is different and genuine, which is something that is lost right about now with these “artists/musicians/rappers” nowadays. You won’t be disappointed in No Day Job if you’re looking for something fresh and different than the norm!

This author hasn't written their bio yet.
Terrill Davis has contributed 1 entries to our website, so far.View entries by Terrill Davis