Over the course of thirty-five albums and five decades of music-making, Bob Dylan has developed a reputation for never traveling the same road twice, making unusual and often surprising stylistic leaps between one album and the next. Although over the past decade he has settled somewhat into the groove of early blues, his latest offering, Tempest, shows a new fire that many had not expected from the 71-year-old songwriter.

The album opens with “Duquesne Whistle,” a bouncy mood-setter that instantly takes the listener back to the days of railroads and Robert Johnson. Long-time Dylan fans will find themselves firmly in their comfort zone, but new listeners may find the style surprisingly modern and relevant.

Despite the undeniable energy, there’s a darkness to this sound, and it reveals itself in layers as the album progresses. By the time we get to the fourth track, we’re into titles like “Long and Wasted Years,” only to be followed by the even darker “Pay in Blood,” featuring this charming verse: sooner or later you make a mistake / I’ll put you in a chain that you never will break / legs and arms and body and bone / I pay in blood, but not my own.

By the time the album winds down, the listener has been asked for increasingly greater commitments to each song. The penultimate title track, which is about the sinking of the Titanic, is a combination sea shanty and drinking song that comes in at nearly fourteen minutes. Wrapping up the collection is “Roll on John,” a delightful little seven-minute tune about the murder of John Lennon. Dylan is unapologetic about taking this album into ever darker territory, and quite persuasive in getting the listener to travel down that path with him.

Lyrically, this is Dylan at his finest. He name-drops with lines from other famous lyricists in a way that does not feel contrived, and his storytelling is as poetic as it has ever been. The fact that this is a deeply strange, intense album hardly matters with material of this quality, and the implementation is virtually flawless. Even Dylan’s vocals, historically an acquired taste, are warm and inviting here, which somehow only adds to overall darkness.

If you have never listened to Bob Dylan before and you’re looking for a good starting point as a modern listener, you could certainly do a lot worse than giving Tempest a try. For those who have been firmly in the Dylan camp for decades, however, this album represents yet another rich step along a road that is leading to a very dark and delicious place. When the release of Tempest was first announced, some asked if the similarity to the title of Shakespeare’s last play (The Tempest) meant that this album would be the end of the line for Dylan’s recording career. Dylan has denied that this is the case, but even if it ended up playing out that way, this would certainly be a high note to end on. Regardless, Tempest is destined to go down as one of the jewels of Bob Dylan’s catalogue, and is certainly the finest work he has released this century.

Bob Dylan’s latest offering is a darker, deeper journey into his blues roots, offering something for new listeners and hardcore fans alike. The characteristic Dylan quirkiness is at its most charming and energetic here. 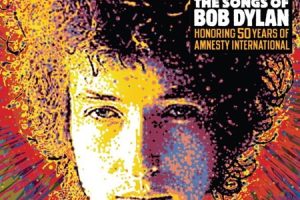 A new Bob Dylan tribute album, Chimes of Freedom: The[...]