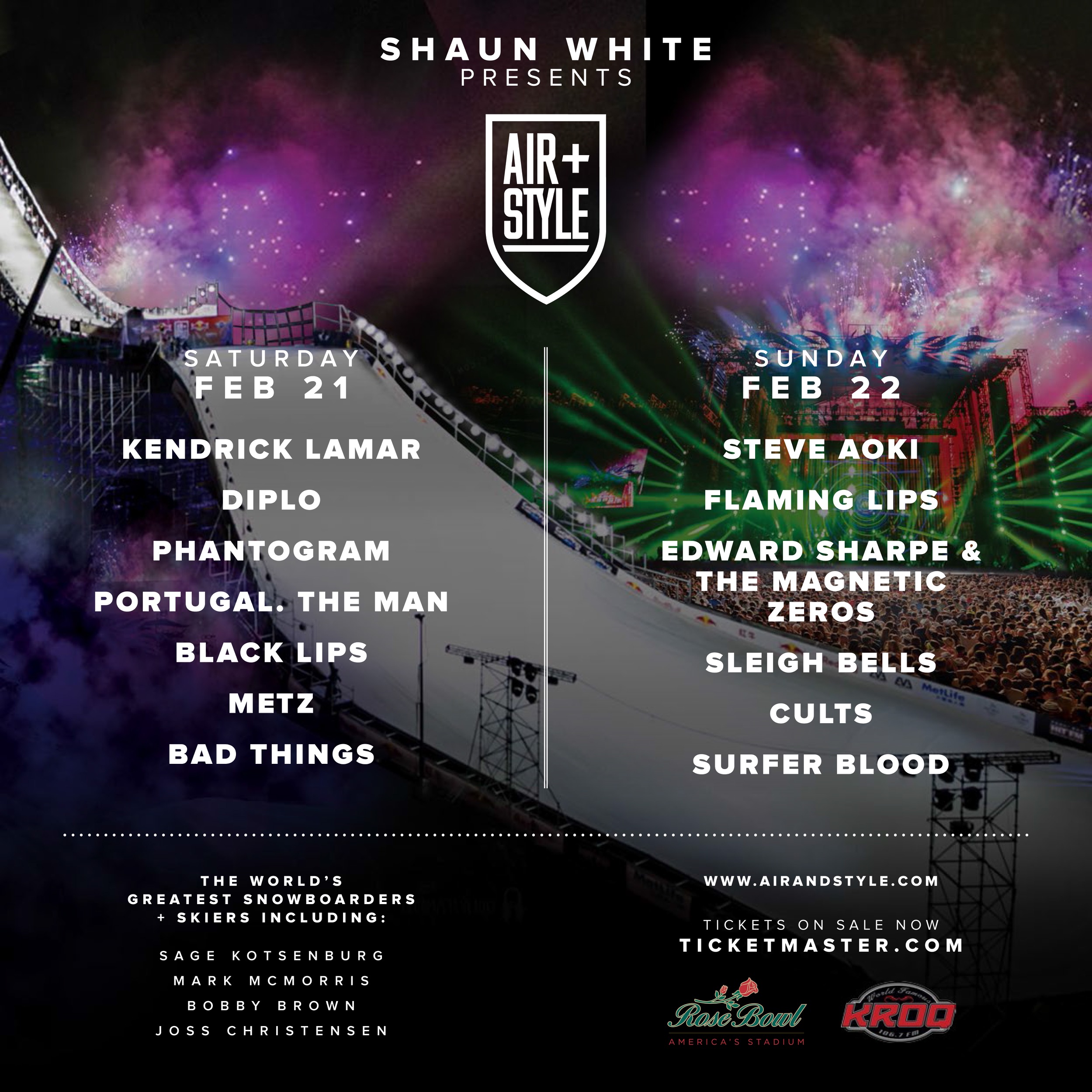 And why are we telling you about Shaun White’s snowboarding and skiing festival? Well, in addition to Olympian and X-Games athletes competing on a GIANT BIG AIR JUMP for a sizable purse at the Rose Bowl, the Air+Style Festival will have two stages with serious musical acts performing on February 21st and 22nd. Catch The Flaming Lips, Diplo, Phantogram, Edward Sharpe and the Magnetic Zeros, Sleigh Bells, The Black Lips, Portugal. The Man, and Surfer Blood, not to mention headliners Steve Aoki and Kendrick Lamar. While you don’t need any introduction to these acts, here’s the talent appearing earlier in the day that you should check out:

Deap Vally are a blues-tinged hard-rocking LA duo reminiscent of the Black Keys, White Stripes, and Dead Sarah. Made up of guitarist/singer Lindsey Trowler and drummer Julie Edwards, Deap Vally has toured with Muse and The Vaccines and they are opening Sunday afternoon.

METZ are a Canadian trio of rockers who make fantastically aggressive post-punk/hardcore music. Check em out early on Saturday.

Bad Things are another LA band, this one featuring heavy-hitters such as the former bassist from Augustana Jared Palomar, singer David LeDuke formerly of Billy Boy on Poison, drummer Lena Zawaideh, guitarist Anthony Sanudo, and festival founder himself, Shaun White, on lead guitar. Yes, he boards, he puts on great events, and he plays guitar.

GA Tickets are fantastically priced – 2 Days for $90, or single day passes for $50 pre-fee. For the musical acts alone, this is a great deal, but when you factor in the world-class athletes and a big air jump ramp at the Rose Bowl, the Air+Style festival is a no-brainer. Also, those of you with little grommets needn’t leave them at home – kids 10 and under get in free with a paid adult ticket.