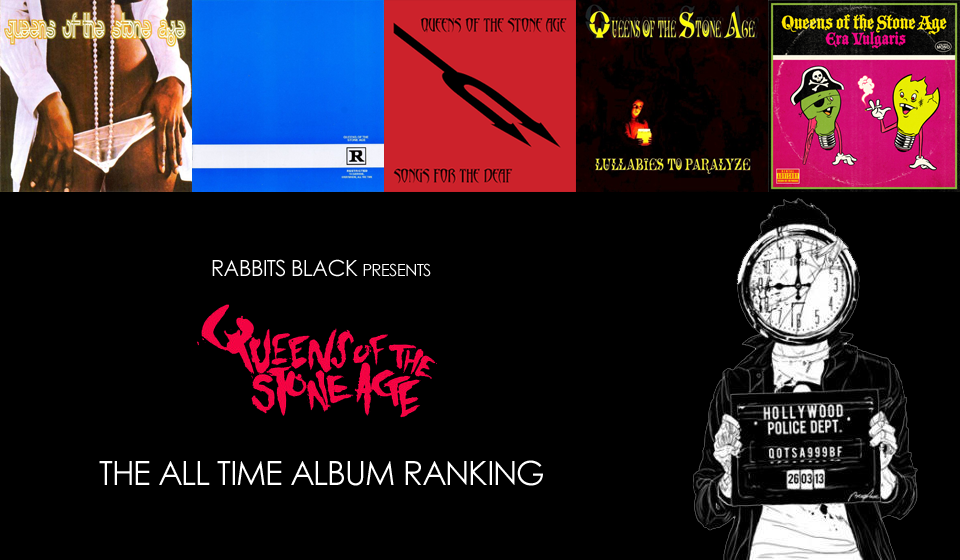 Queens of the Stone Age are no longer the best kept secret in rock n’ roll.  I used to think of them that way, my favorite band that most people had never heard of.  Drug-induced psych rock stoner metal- the genre wasn’t even accessible to fans not in the know (or the fade).  They are the opposite of a secret at this point- a living rock n’ roll legend of our time.  I read a full feature piece on Queens last week on Grantland.com…you know, the sports and pop culture website owned by ESPN.  If ESPN is sponsoring articles about Queens of the Stone Age then good luck scoring PIT tickets for their upcoming tour because everyone is in on it now.  But let’s put the hype to the side for a second and take a look back at the albums created by Joshua Homme and his revolving cast of supporting characters.  We’ve been there since the beginning with Queens, all the way back to the earliest days of Kyuss, shows at the Fillmore when Josh had barely one healthy leg to stand on, and of course that one time in 2005 when they made it snow inside of The Wiltern.  We are big Queens fans here, so we took it upon ourselves to decide what the best Queens of the Stone Age album of all time is because we know these things- it’s our job.  Rabbits Black presents a comprehensive ranking of every Queens of the Stone Age album from best to disappointingly very good.

We’ve purposefully left Like Clockwork… off of this list.  It’s been playing non-stop for the past two weeks in our offices, cars, and heads, but it’s still too early to throw it into a list like this.  Check back here tomorrow for our full review of the album.  But like all Queens albums, it gets better with time.  Keep that in mind. 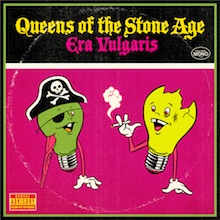 QOTSA’s 5th studio album is their Hollywood album (baby!). It’s Josh Homme’s self-described voyage through the dark, hard, electrified streets of LA. The album is an allegory for the plasticity and oh so sexy superficiality that lures the beautiful to the City of Angels. Josh sets it up clearly in “I’m Designer” – “All that’s real to us is fortune and fame, all the rest seems like work.” As opposed to high desert psychedelics of QOTSA’s previous studio albums or the dark twisting fairy tale that is Lullabies, Era Vulgaris is a hard driving car ride through crowded streets, running red lights, always pushing forward. The core songs on the album (“Sick, Sick, Sick”, “Battery Acid”, “I’m Designer”, “Misfit Love”) are some of QOTSA’s hardest ever and are borderline industrial. Then, out of the chaos of power chords and distortion comes one their most beautiful tracks, “Make It wit Chu”, which was co-written with guitarist Alain Johannes and should be on every “sexy time” playlist. In an album where adrenaline pushes time forward at light speed all of a sudden time seems to stand still on this track, the noise fades, and for a moment there are only two people in the world. If you break down QOTSA albums into “Feel Good Hit of the Summer” categories (Nicotine, Valium, Vicodin, etc.), Era Vulgaris is Cocaine. (Ryan)

The Deeper Must Listens: “Make It wit Chu”, “Into the Hollow”, “Battery Acid” 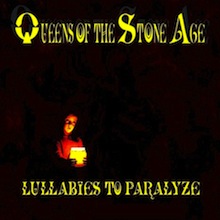 QOTSA’s fourth studio album, and it’s first after bassist Nick Oliveri left the band, definitely lacks the humor and gimmicks of Queens’ previous albums. What Homme creates instead is a sensual and indulgent exploration of destructive relationships – whether with substances and behaviors (Medication, Burn the Witch) or damaging individuals (Tangled Up in Plaid, In My Head, I Never Came, Little Sister). Influenced by Grimm’s Fairy Tales, the brilliant driving rock riffs we know and love from Queens’ still run strong in Lullabies, but gorgeously infused with haunting howls to create a dark and cinematic album (exemplified in “Someone’s In the Wolf”, “The Blood is Love” and  “This Lullaby”). The real allure of Lullabies (for this writer) lies in the undeniable kink of tracks like “Skin on Skin”, “Burn the Witch”, and “You’ve Got a Killer Scene There, Man”, which beg for a strip tease and a sweaty, steamy night between the sheets. (Steph)

The Classics: Little Sister, In My Head, Burn the Witch

The Deeper Must Listens: Skin on Skin, Someone’s In the Wolf, You’ve Got a Killer Scene There, Man

Songs for the Deaf 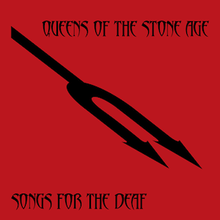 If you ask a casual fan which Queens of the Stone Age song is their favorite, I guarantee you they mention a track off this album. Say what you want about Queens of the Stone Age  and Rated R, it was Songs for the Deaf that put Queens on the map. The addition of Dave Grohl brought immediate media attention to the record, and the radio success of “No One Knows” and “Go with the Flow” made Queens a household name. A concept album of sorts, it is replete with radio DJ intros, simulating a crazy, distorted ride from LA into the desert…or oblivion. While devoted fans might not put it at the top of their list (likely due to its commercial success), many critics still consider Songs for the Deaf to be one of the best rock albums of the last 20 years. Advice: don’t just listen to the singles, and don’t listen to it on shuffle. Play it from beginning to end, and enjoy the ride. (Andrew)

The Classics: No One Knows; First It Giveth; Go with the Flow

The Deeper Must Listens: You Think I Ain’t Worth a Dollar, But I Feel Like a Millionaire; Song for the Dead 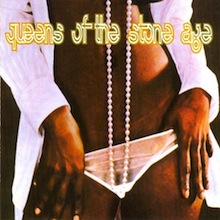 Is it possible that Queens of the Stone Age’s best album was their first?  Many fans would argue in the affirmative, and the fact that the band decided to re-release the album and tour around the material shows that it holds a special place for Mr. Homme as well.  Josh played guitar, bass (Carlo Von Sexron, an alter-ego created by Josh, is listed in the album credits for bass) and recorded most of the vocals on this 1998 debut release.  Before listening to the album, it was described to me as “dinosaur rock”- and it couldn’t be more fitting.  The sound was larger than life- a wall of fuzz and guitar that would crush an unsuspecting listener.  It was overpowering rock that feels that way on the first listen and the hundredth.  Behind all of the guitar was an undeniably groovy beat.  It felt so right to dance to the songs.  It made you want to fuck,dance and do drugs.  When was the last time an album made you want to do all of that and could be considered hard rock?  The Queens albums since have been littered with radio singles, tracks with various singers and guest appearances, drum work from the likes of Dave Grohl, and a ton of other musical stylings that are all awesome in their own right.  But there is something pure and different about this album.  More than any other Queens record, it flows from beginning to end with a consistent vibe and undertone.   While the other albums have their stop and go moments, Queens of the Stone Age was a consistent bludgeoning of dinosaur rock to your brain.  And it still feels that good every time.

The Classics: Regular John, If Only

The Deeper Must Listens: You Would Know, You Can’t Quit Me Baby

Best Album of All Time 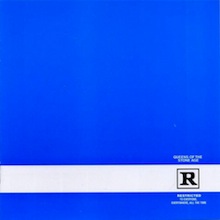 It is really hard for most of us to clearly piece together many of those weekend, or Tuesday, nights from our early twenties, but one thing is more certain than the awesomeness of a drunken munchie bagel, egg, and cheese sandwich….Rated R was the soundtrack. The introduction of Nick Oliveri to QOTSA added an almost inappropriate amount of hyphy bass and vocal range to an already stacked line up. Listening to the album from start to finish is like a trip to Vegas, literally. Blast off with “Feel Good Hit of the Summer,” then make some questionable decisions and hope that your friends have not “Lost the Art of Keeping a Secret,” …continue on down the path of fear and loathing on “Auto Pilot” until you wake up Tuesday of the following week saying “I Think I Lost My Headache.” Every single track is just awesome in its own right, but one of my favorite encore performances of all time was QOTSA in Oakland when they laced the crowd with “Better Living Through Chemistry” during a SECOND ENCORE! I could go on an on about this album and QOTSA, but would rather just keep this “Quick and to the Pointless.” For ANY rock fan out there, this album is a must own. In fact, the special deluxe edition is the last album I actually purchased off the shelves since NIN YEAR ZERO.

The Classics: Feel Good Hit of the Summer, The Lost Art of Keeping a Secret

The Deeper Must Listens: Better Living Through Chemistry, Auto Pilot, In the Fade, I Think I Lost My Headache 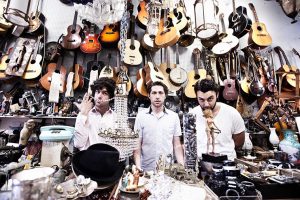 Central SAPC is hosting Mini Mansions, which is the side[...] 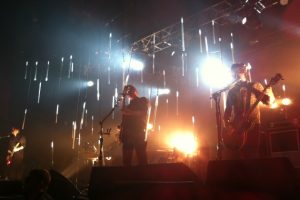 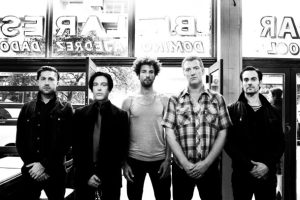