10 Questions with Zombie Zombie (An Interview) 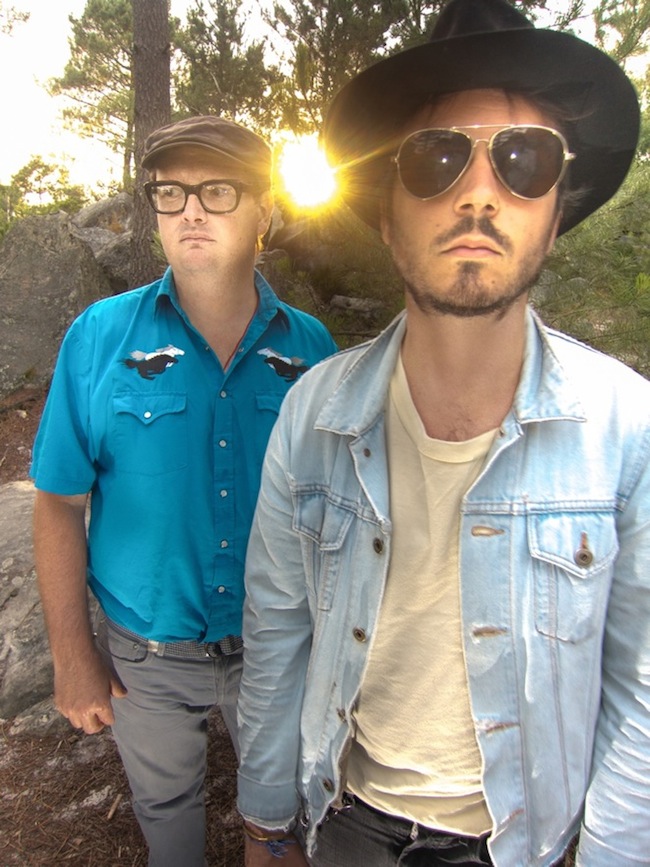 For those of you who think Zombie Zombie, the hypnotic voodoo duo of Cosmic Neman and Etienne Jaumet, only play John Carpenter songs, you are misguided.  The band was founded in 2005 and have released three albums in addition to 2010’s Zombie Zombie plays John Carpenter.  The French duo are a versatile band who can do it all, even including movie scoring.  Zombie Zombie recently crafted the soundtrack to Director Narimane Mari’s Loubia Hamra (Bloody Beans) film that will be released in September.  Cosmic and Etienne are currently on the road proving to audiences and fans across the States that they are a powerful electronic, drum, and percussion duo that can make you dance, make you scared, and have a damn good time.  We caught up with Cosmic Neman while the band was on the road to sunny Los Angeles and the Psycho De Mayo Festival on May 11th.

1) For those that are not familiar with you, what type of music does Zombie Zombie play?

2) And what is the live Zombie Zombie show all about?

Well, we are slowly building up the songs to get the people into a trance state.

3) What’s the best damn Zombie Zombie song that the fans haven’t caught on to yet?

4) If you could re-write your Wikipedia page (the knowledge center of the world), what would you have it say?

Ha ha.  It’s funny, I understand now why everybody thinks we’re just a John Carpenter cover band!  We just made an EP covering some of our favorite John Carpenter themes for fun in 2010 (Zombie Zombie plays John Carpenter), but we made two records with our own compositions on the french parisian electronic label Versatile records, A Land for Renegades in 2008 and Rituels d’un Nouveau Monde in 2012, and we just released our first movie score Loubia Hamra (bloody beans) in 2014.  So if you can add that to the knowledge center of the world that would be great!

5) Alright, you asked for it!  Who is your favorite actor or actress to ever star in a John Carpenter movie?

6) What’s the best and worst place you have eaten at while on tour in the United States?

7) You guys have played festivals in Europe to small art galleries in the middle of nowhere in the States.  What’s the best crowd you’ve ever had for one of your shows?

The Saint in New Orleans, it’s a great small dive bar, where everybody dances.  Black and white people together, and real good dancers!  It reminded me of some old footage of Detroit parties in the early 80s.

Need a ride to Psycho De Mayo? Thief and Rabbits Black have commissioned a fleet of Psycho School Buses to take you to the festival grounds. Bring your friends, BYOB!

8) What band on the Psycho De Mayo lineup are you most excited to see?

Sun Araw, I luv his music.

The Pacific Ocean, Mexican food and beer, weed and sunsets!

10) If you were conducting this interview, what question would you want answered?

Is anyone interested in signing Zombie Zombie in the US?

Zombie Zombie play the Great American Music Hall with Lumerians on Thursday night in San Francisco and Crepe Place in Santa Cruz on Friday.  They’ll be performing in the Constellation Room at Psycho De Mayo on May 11th.  Check them out at the festival this weekend and stop by the Rabbits Black Lounge for an exclusive signing and meet & greet with Zombie Zombie.