10 Questions with Hot Lunch (Day Of The Shred Interview) 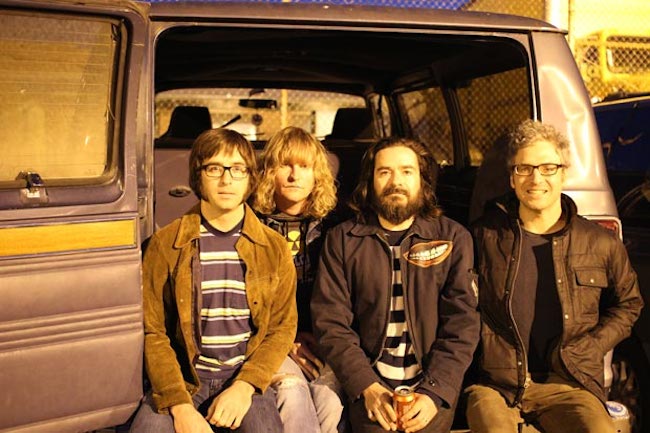 Hot Lunch are coming to Day Of The Shred to share their brand of punk n’ roll with the masses on Dia de los Muertos.  The San Francisco and Oakland based 4 piece has been gathering praise and acclaim throughout the scene since 2010.  Their self-titled debut LP Hot Lunch can be heard below.  With the soul of late ’60s and early ’70s hard rock combined with a love for skateboarding, the guys are redefining what skate-rock sounds like today.  Our friends at Thrasher Magazine had these words to say about the band:

If that’s not enough to get you excited about Hot Lunch at Day Of The Shred, check out our interview with singer Eric Shea below.  It includes the words “Barbecubic” and “Coorslayer”, do we need to say anything more?

1) What’s your favorite place in San Francisco to skate and then grab a drink?

Despite some heavily abused pool coping, I still love the big amoeba bowl at Potrero Del Sol. But SF is in and of itself a skatepark. I like bombing hills and slapping curbs in The Sunset – then getting beers at the Riptide.

2) Why is the San Francisco Bay Area a special place to live?

Because it’s haunted with all the ghosts of rock history! Also, you have to really fight to live here now – because of Mayor Ed Lee pandering to tech companies, all this new money is trying to squeeze out the City’s art and music. So you really have to hunker down and soldier on. I live in Oakland now, but I believe that SF is still a city worth fighting for.

3) If you could tour with any band from any time, who would it be?

Earthless! We love everything about those dudes – the wild shirtless shredding of Isaiah Mitchell! The bong-rattling bass of Mike Eginton! The competent drum work of Mario Rubalcaba! But fantasy football-wise, I think we all could agree on Sir Lord Baltimore.

4) We heard a rumor that your house is painted black.  Is that true?  Sounds like your neighbors wouldn’t like that.

I wish! My house does have a red door and we want to paint it black. My neighbors are actually cool people. They have yet to complain about my chopper’s loud pipes, my wife’s drumming or my living room amps.

5) Are you guys involved with any other bands?

Yeah, Rob and I also play in the twang-rock band Sweet Chariot (https://www.facebook.com/SweetChariotRides). Our first record will be out in a couple months. 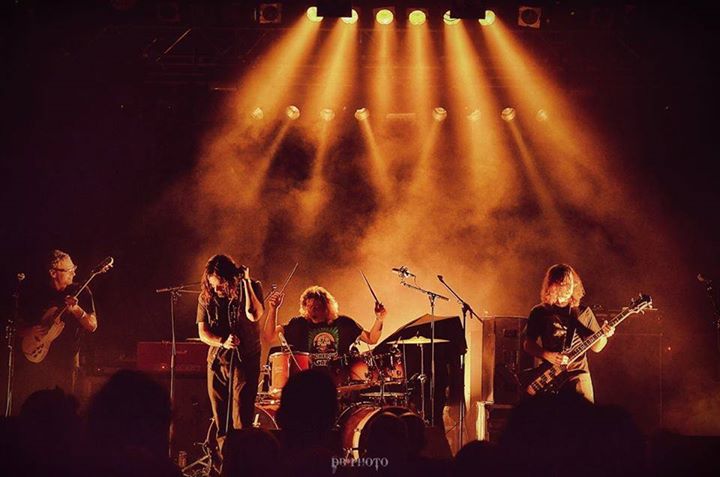 6) What’s your favorite track on the Hot Lunch LP?

I’m partial to “Gold Lyre.” We end a lot of our sets with that song – it’s kind of our signature show-closer. Personally, it’s still a very cathartic one for me to sing and scream.

7) What made you guys want to play Day Of The Shred?

There’s not one bad band on the roster! Seriously, a lot of those bands are our friends and the rest are bands we wish were our friends! Seriously though, just looking at the list of bands playing is like looking at the track-set of the best mix-tape ever. It’s really an honor to be in such good company.

8) Give us one word to describe each band member.

9) Why should everyone come and see Hot Lunch at Day Of The Shred?

Because we play early and then we can all party together and go see Danava and The Shrine!

This summer we were lucky enough to play to an awesome crowd at Duna Jam on the sands of Sardinia, Italy while the sun was setting. It was kind of our Pompeii moment – It felt like I was crossing something off a bucket list that I didn’t even know I had.

Hot Lunch will be performing on The Reaper stage at Day Of The Shred at The Observatory in Orange County on November 1st.  A limited amount of pre-sale tickets are still available at www.DayOfTheShred.com

Hot Lunch – She Wants More from Doug Avery on Vimeo.

Tags: Day of the ShredHot Lunch